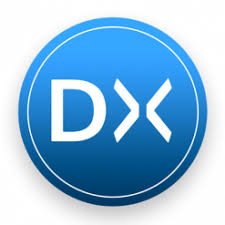 Salesforce has been acknowledged as the cloud leader and it has introduced the truly versatile Salesforce DX that is a path-breaking model for effectively building and deploying applications to the ever-popular Salesforce platform. Salesforce DX has incorporated concepts such as source control management, continuous integration, and even scripting that many Salesforce developers did not have any idea about until Salesforce DX was introduced. Here are some frequently asked questions about Salesforce DX.

What is the purpose of Salesforce DX?

Salesforce DX has been introduced with a path-breaking way of deploying, developing, and even upgrading Salesforce apps all through their lifecycle simply by integrating the best features of Force.com and Heroku for enabling effective team collaboration and governance, seamless code, promotion of code, source-driven development throughout the developmental phase to the ultimate production stage, continuous integration, automated testing, and third-party developer tools. Once the Salesforce DX has been launched, the developers today are able to gain unprecedented and unparalleled agility while involved in the customization of app development predominantly in the lifecycle of the app. Visit Flosum.com, the most versatile platform for delivering Salesforce solutions.

What is referred to as Salesforce artifact?

Salesforce DX is supposed to be an extension of the process to fully externalize the source and the metadata in the precise Salesforce environment just as artifacts for utilizing a precisely source-driven development cycle. Besides, source code metadata, we know that Salesforce DX could capture things like metadata, test data, and even Salesforce org shape.

At present, there is a boost in the actual number of companies that are involved in the development of distributed apps which would be a blend of Salesforce code and the micro-services which are developed mostly on open language and frameworks. We understand that Salesforce DX has been effectively designed to support the versatile distributed app designs. The tools for Continuous Integration and also the continuous delivery tools are developed on the Heroku platform. The developers are pretty unconvinced about the specific languages to be used precisely for writing all these customized apps. Thanks to the launch of the ground-breaking Salesforce DX, Salesforce apps are getting an additional support.

What is the objective of Scratch Orgs?

Scratch Orgs are supposed to be fully configurable and they would be allowing developers to successfully emulate and even imitate different Salesforce versions that boast of various features and preferences playing a vital role in increasing developer collaboration and boosting productivity all through the lifecycle.

What is the objective of the CLI?

The novel CLI associated with the Salesforce DX is regarded as the most interesting element incorporated in it.  This has actually been developed precisely on the Heroku CLI and is supposed to be pretty effective for providing a wonderful way for the Salesforce developers for making the most of the APIs.

The greatest advantage offered by the Salesforce DX to the developer teams is a complete freedom and an impressive degree of flexibility to choose their favored methodology.  We know that Salesforce DX actually implements the fundamental principle of source-driven development since this core principle could be providing your clients with greater chances of attaining success.

How to Track A Phone Number without Them Knowing

How to fax wirelessly over a Wi-Fi connection in only 2 steps? (Updated 2020)