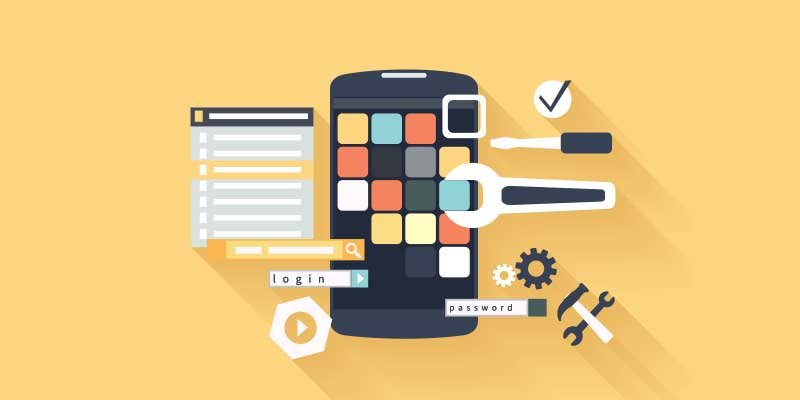 Android Studio is a tool for Android app development through which we can create an Android app and get its apk in the output and can android app design.

UI widgets will be the tutorial of the User Interface, which contains the things that people see and touch by using the app like Button, Mike, Progressive bar etc.

Android SDK – The Android SDK contains all of the tools that you will need to make an Android application, compile and package the application. In the Android SDK, you get the Reserved Libraries to source projects, development tools, an emulator, and application development with source code. All applications are developed in Java and run on the Delwic virtual machine.

ADB (Android Debug Bridge) – ADB is a command line tool for Android SDK, with the help of which you can run your application on a virtual device or on a real device and debug it. This is a client-server program that has a client, a server, and a daemon. Runs on the client development machine, the server runs on a development machine like a background process and runs on a daemon emulator like a background process.

Instead of Android Studio, you can also use Eclipse IDE. You will need an ADT plugin for this. But because the Android Studio is official IDE, I have used android studio only.

ART (Android Run Time) and Dalvik – Both of these providers provide an environment for running the applications on Android. But Android 5.0 uses ART. And all previous versions used Dalvik as runtime. ART also executes Dex (dalvic executable) files like Dalvik. ART and Dalvik are compatible with each other, so if an application is developed for Dalvik, then it can also be run comfortably in ART.

Ahead-Of-Time (AOT) compilation is introduced in ART. The installed time verification in ART is much better than the delvik.